Lincolnshire: Bastion in the Air 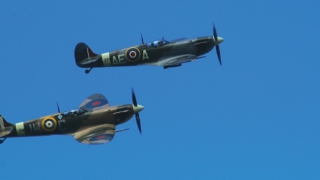 Beginning on Friday 6th April, 2018 and running until 24th August, 2018, Lincolnshire’s Bastion in the Air will take place.

Bastion in the Air Event Details

The event will take place in a former hanger at RAF Scampton, featuring a recreation of a WWI Royal Flying Corps Airfield.

To celebrate the 100th anniversary of the Royal Air Force, it will exhibit three replica aircraft. They are a DH2 and Sopwith Camel from Britain, and a Rumpler CVII from Germany. A perfect day out for those who love learning about the history of Lincolnshire and the RAF.

Places will need to be booked in advance. Guided tours will be offered, free of charge, for the exhibition and the RAF Scampton Heritage Centre.

Exhibition at The Collection in Lincoln

Running from Saturday 26th May to Sunday 9th September an exhibition will take place. It will focus on the threats that faced Britain during the war. Information will include the air attacks by airships and aircraft, and the British response, including the formation of the RAF in 1918.

Information and artifacts will be featured, sent over by a number of museums from Germany in support of the exhibition. The Collection is being lent the original Victoria Cross by Lord Ashcroft, the one that was awarded to Lt William Leefe Robinson for shooting down an airship over Hertfordshire. It was the first to be destroyed over Britain by a fighter aircraft.

As well as this, there will also be a 5 metres long model of a zeppelin.

There will be a small fee to enter the exhibition, but there is no need to book ahead.