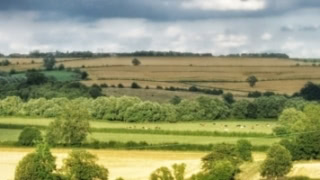 Steeped in history and with a rich culture of food, festivals and family businesses, Lincolnshire has made its mark on the UK map.

But where are we?

You’d be surprised, as Lincolnshire folk, how often we have to explain to non-Lincolnshire folk just where our beautiful county is located. Many people aren’t even aware that our county exists, assuming that the city of Lincoln is tucked away in Yorkshire, Nottinghamshire, or that Lincoln, too, isn’t even a place.

So, Lincolnshire is located in the East Midlands region of England, surrounded by a number of counties (see fact 2 below) and a 50 mile coastline (fact 4) on its eastern edge. Without spoiling the full list of exciting facts which you’re about to read, it is in fact one of England’s largest and most versatile counties, with its most well-established locations including Lincoln, Boston, Skegness and Stamford, amongst many, many others.

We thought that we’d help you to discover and learn more about the county by providing you with the low-down on the some of the best things about Lincolnshire:

Interested in finding out some more slightly quirky things about Lincolnshire? The A-Z of Curious Lincolnshire is a good place to start…

June was one of the first writers for Lincolnshire.org and has written some of our most popular articles. When she's ...read more

© 2011-2023 All rights reserved | Hosted in Lincolnshire from Jolt Hosting