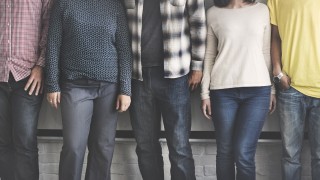 The University of Lincoln, founded in 1992, is one of the rapidly progressing universities. It has been ranked as amongst the UK’s Top 50 of the Guardian University Guide for the first time in 2012.

Lincolnshire or Lincs for short is located in the east of England. It is a historic county in the town of Lincoln, where the county council has its headquarters. Lincolnshire has a vast agricultural area growing sugar beet, barley, wheat and oilseed rape. There are also cauliflowers, cabbages and onions growing in South Lincolnshire.

The lifestyle in Lincolnshire is calmer, safer and a more peaceful way of life than some bigger cities. Lincolnshire as a county has many exciting outdoor pursuits, relaxing walks in the country side, places of interest or of heritage and history. On a Sunday, most major shops are only open for 6 hours and many Lincolnites will have a relaxing Sunday. This may include a delicious Sunday lunch at the local pub!

The City of Lincoln retains the friendliness and safety found further afield in the country but has the vibrancy and amenities of a bigger city. Students in Lincoln will find no shortage of things to do including good sporting facilities, the best nightlife in the area, multiple cinemas and theaters, a plethora of restaurants and many clubs and activities.

Student satisfaction in Lincoln is consistently rated amongst the highest in the country.

The University of Lincoln’s history can be traced back to as early as 1861 with its association with the Hull School of Arts. The university, as it is now, was founded in 1992. The main campus in Lincoln was actually the 1st new city center campus to be built in the United Kingdom for decades. It was her Majesty The Queen who opened the campus.

The University of Lincoln is a research-based institution offering a wide range of programmes from science and technology courses, to arts and humanities.

They offer undergraduate and postgraduate courses as well as professional development, foundation degrees, further education, apprenticeships and short courses. The university puts great emphasis on their students’ welfare and that is why they make sure that they have a community wherein students can enjoy immersive learning combined with world class learning and recreational facilities.

Students enrolled in the university are just minutes away from the city center, where they will find the city of Lincoln’s main attractions. This includes:

Although Lincoln is considered as a laid back town, there is always something to do. Whatever your hobby may be, you will definitely find something to pass the time here as a student.

More student accommodation providers are available and there is also private housing outside the campus.

Lincolnshire has variety of restaurants offering different cuisine from Italian to Indian, Chinese to Thai and Japanese to traditional English. The city also has a wide selection of bars, clubs and pubs where students can hang out and unwind. Most of these places offer live music, socials, parties, and comedy nights.